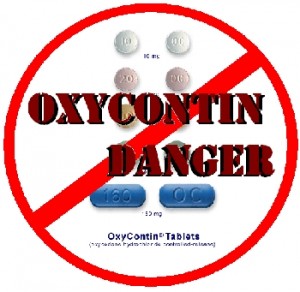 October was ushered in with a unanimous vote by Canada’s provincial health ministers calling for Ottawa to delay approval of generic versions of OxyContin by Health Canada. Concerned that generic OxyContin will cost more than it will save in the way of prescription errors and abuse, these senior policy-makers said that their primary worry is that the social costs for non-medical abuse of the prescription version is costing the country significantly already. And, by providing a generic version of OxyContin, Ottawa’s social costs in the form of medical malpractice lawsuits and rehabilitation could exceed $415 million annually.

Taken as prescribed, OxyContin brings relief to pain sufferers through a controlled-release version of the prescription drug Oxycodone, an opioid. Abusers of the product have found methods to defeat the time-release feature, causing a higher dose of the drug’s active ingredient to be released immediately, resulting in an immediate high. Research into the abuse of OxyContin has revealed that it already creates a significant socio-economic cost to government for medical care, addiction rehabilitation, lost productivity, and criminal justice. Federal Health Minister Leona Aglukkaq stated that “Ontario believes that the costs to society of the introduction of the more-easily abused version far outweigh the financial benefits that would accrue from the reduced price.”

Doctors Have Responsibilities to Monitor Use of Prescription Drugs

While most abuse of OxyContin can be traced back to the abuse occurring as a result of patients, doctors in Canada do have some responsibility to monitor the use of any prescription drug they provide to patients. Many times patients addicted to prescription drugs will go from doctor to doctor in order to keep their supply of a drug on hand. The challenge for Canadian doctors is to have accurate and full medical records of patients. And, when a patient fails to disclose his or her medical history, doctors often unknowingly assist in the procurement of prescription drugs that result in overdoses, other medical problems, and even death.

When Ottawa Doctors Can Be Held Liable for Medical Errors

Even when a doctor is somewhat culpable in a patient’s abusive use of prescription drugs, they are only held legally liable when the harm caused from the administering of a particular prescription drug can be attributed to negligence on the part of the doctor. If you or a loved one has suffered harm or injury from the use of prescription drugs, your best resource for determining if a doctor is responsible for that harm is to consult with an experienced Ottawa medical malpractice lawyer. An experienced Ottawa medical malpractice lawyer can assist you with determining if you have a lawsuit worth pursuing and will have the resources and expertise to see that your lawsuit is appropriately handled.