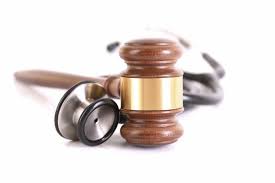 Medical malpractice occurs when a healthcare practitioner, such as a doctor or nurse, fails to provide you with the standard of care that is expected in your community and causes you some injury as a result.  Many such injuries occur when a doctor misdiagnoses or fails to diagnose a patient’s condition.  While there are significant differences between a misdiagnosis and a failure to diagnose, both can cause serious harm to the patient.

Misdiagnosis may involve diagnosing the patient’s condition incorrectly.  For example, if a doctor tells you that you have meningitis when you really have chicken pox, this would be a misdiagnosis.  If your doctor treats you for the incorrect condition, there are two possible ways that you can suffer harm: first, by not receiving the treatment that you need for the condition that you have; and second, by receiving unnecessary treatment for a condition that you don’t have.

Misdiagnosis can also occur when a doctor diagnoses a patient with a condition or disease when there is nothing wrong with the patient.  There is much opportunity for this type of misdiagnosis of women while they are pregnant as pregnancy can cause many unpleasant symptoms that may still be “normal.”  During labour and delivery, a misdiagnosis may cause a doctor to perform an emergency cesarean section when none was needed.  This may qualify as medical malpractice if it was caused by negligence on the part of the doctor.

During pregnancy, your healthcare practitioner should screen you for a number of sexually transmitted diseases, which may lead to serious health problems for the fetus if left untreated.  You should also be tested for any nutritional or vitamin deficiencies.  A mistake by a doctor or a lab technician that results in a failure to diagnose one of these conditions may qualify as medical malpractice if it causes your baby to be born with some form of birth injury.

If you are concerned that your child’s birth injury may have been caused by a misdiagnosis or a failure to diagnose on the part of a medical practitioner, contact an experienced medical malpractice lawyer right away.