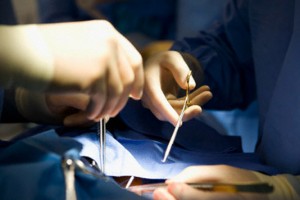 Occupational health specialist William Charnel told Canadian Dimension Magazine that data shows that some 40,000 Canadians die yearly as a result of preventable errors in the Canadian health care delivery system. Alarmingly, Charnel also believes that thousands of Canadian patients are harmed, but do not die as well, making the healthcare system a leading cause of injury and death in Canada. Consequently, Charnel opined that he would expect that “there’d be an epidemic of litigation against doctors” in Canada.

However, according to the Canadian Medical Protective Association (CMPA, the organization that provides insurance to most Canadian doctors), only about one percent of their member doctors are ever sued, which would indicate that most wrongly injured Canadian patients and their families are not
receiving any compensation for their damages and that Canadian doctors are rarely held accountable for legitimate cases of medical malpractice. And, with the primary purposes of medical malpractice litigation being to improve medical procedures and practices as well as compensate patients injured as a result of negligence, the Canadian legal system is failing miserably in this area.

Can the Low Numbers Associated with Medical Malpractice Litigation in Canada be Attributed to an “Overly Expensive and Unfair Legal System”?

In Canada, the loser of a lawsuit generally gets stuck with paying a significant portion of any legal fees accumulated by the winning side. And, since medical malpractice lawsuits rack up a lot of expenses and lots of lawyer fees, losing litigants can pay thousands of dollars in addition to their own legal fees, thus, discouraging claimants from filing medical malpractice lawsuits in the first place. Consequently, on its face, it appears that Canadian legal rules “unduly protect doctors” from medical malpractice suits. Success of a medical malpractice lawsuit requires the patient to establish that his or her doctor erred in judgment of diagnosis or treatment and that the doctor’s conduct fell below the normal standard of care. In addition, those accusations must be proven through expert evidence, which requires the cooperation from other doctors. Just proof that a doctor erred isn’t sufficient. A medical malpractice plaintiff has the burden of proof of showing that his or her harm was the result of not only an error in judgment, but as the result of a negligent act as well.

Add to the challenges of proof, the reticence of doctors to admit error, fear of loss of CMPA insurance coverage, and the “wall of silence that seems to permeate the medical system,” and it becomes very difficult to successfully pursue and win a medical malpractice lawsuit in Canada. However, victims of medical malpractice shouldn’t shy away from pursuing a case, especially if ongoing financial assistance is needed.

Contact an Ottawa Medical Malpractice Lawyer to Evaluate Your Claim

An experienced Ottawa medical malpractice lawyer is your best resource if you believe that you have been injured as the result of a doctor’s negligence. Unless cases are pursued and won, the Canadian healthcare system will have no reason to address its problems and failures. If you have been injured due to the negligence of a doctor or other healthcare provider, contact an Ottawa medical malpractice lawyer to determine the merit of your case and any compensation you might be eligible to receive.