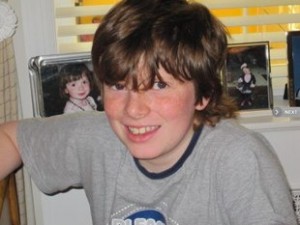 Rory Staunton, who died of sepsis in April, 2012

A New York couple plan to file a medical malpractice lawsuit against NYU Langone Medical Centre concerning the death of their 11-year-old son. According to The New York Times, Rory Staunton died of sepsis in April 2012 after contracting the infection following a visit to the emergency room to have a cut on his arm attended to. Rory received the cut during basketball practice four days prior to his death.

Rory’s family has stated that they are planning to file the medical malpractice lawsuit with the intention of pursing Rory’s Law, a law that would require medical facilities to consistently inform parents of the results of a child’s blood work before discharging them after a visit. The Stauntons believe that Rory’s death from septic shock may have been prevented had they been alerted to the results of Rory’s emergency room blood test at the time of his initial visit to the hospital.

Rory was injured on March 28 2012. After returning home from the initial emergency room visit, Rory, complained of a stomachache at bedtime, woke up vomiting later that night, complained of leg pain and woke the next morning with a fever of 104 degrees. That morning, Rory’s pediatrician diagnosed him with the flu and dismissed the parents’ concern about the blotchiness of Rory’s skin. After a second visit to the emergency room on the third day after the incident, Rory again visited his pediatrician, and again visited the emergency room. On April 2, 2012, Rory died of severe septic shock in the hospital’s intensive care unit.

Plans to pursue a medical malpractice lawsuit against NYU hospital, its emergency room, and Rory’s pediatrician will be filed by Rory’s parents in an effort to bring justice to Rory. Their goal is to see that other families do not go through the same tragedy.

Toxic Shock Syndrome (TSS) is a form of sepsis in the extreme. It is a bacterium that attacks blood and soft tissue and causes a generalized infection, which left unattended, spreads quickly and causes death within a few days of contraction. A somewhat common infection among hospital patients even in Canadian hospitals, sepsis does not always result in death. Children who contract sepsis are
highly-susceptible to misdiagnosis and Rory’s parents want to make sure that parents are equipped to proactively pursue treatment of children suspected of having contracted the infection.

While filing a medical malpractice suit will not bring back Rory, it will bring attention to the condition and hopefully initiate reforms in the way parents who question treatment are handled in medical facilities in the US and Canada. If you think your child has been the victim of medical malpractice in Ottawa, contact an experienced Ottawa personal injury lawyer for assistance. You are entitled to
compensation for your loss and, who knows, you may contribute to the reformation of Canadian health care procedures to avoid situations like Rory’s from happening here as well.