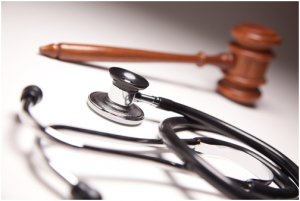 One Maryland family was recently awarded $20.9 million in a medical malpractice lawsuit brought against their obstetrician. In 2005, Althea Arnett gave birth to Tyler after an induced labor. During the delivery, her obstetrician, Dr. Subalaxmi Vinayakom is believed to have caused a birth injury to baby Tyler when he forcefully pulled down on the baby’s head to dislodge his shoulder bone from under his mother’s pelvic bone (a condition known as dystocia) as he emerged from the birth canal. Allegedly, this action by the doctor resulted in Tyler sustaining damage that resulted in a brain injury. Now six years old, Tyler’s left arm is permanently paralyzed due to obstetrical brachial plexus palsy, a preventable birth injury that damages the nerves running from the neck to the fingers.

At the medical malpractice trial, Tyler’s mother testified that Tyler has difficulty performing simple tasks, like shoe tying and hand washing and that he suffers emotional damages from the teasing of other children. She stated that she was concerned about not only Tyler’s present struggles, but his future ones that will expose him to disparate treatment from peers during his adolescence, and decrease his ability to complete in the employment market as an adult.

Evidently, a Maryland jury agreed with Tyler’s mother’s assessment of the case and awarded the family a substantial amount of compensation. Unfortunately, that $20.9 million award will be drastically cut to somewhere around $1.5 million as state law caps pain and suffering awards in medical malpractice cases at $650,000.00, the largest part of the award. Still a substantial amount, the $1.5 million, while not able to fully compensate for Tyler’s losses, should help Tyler and his family financially cope with his disabilities.

Canada Medical Malpractice Laws Are Similar to those in Maryland

In Canada, just as in Maryland, when a healthcare professional makes a mistake while caring for a patient that could have been avoided, he or she may be sued for damages. However, not all medical injuries are the result of medical malpractice as not all injuries are foreseeable or avoidable. If you have sustained injuries through the actions of a medical professional that you believe was avoidable, before attempting to file a lawsuit, you should consult with an experienced medical malpractice lawyer.