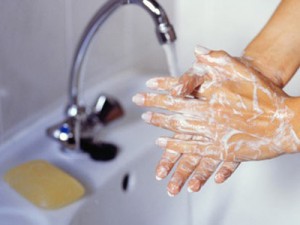 It has been estimated that approximately 250,000 Canadians contract acquired infections from hospital yearly, and that these infections are the cause of some 12,000 deaths and many medical malpractice claims annually. Thirty percent of these hospital acquired infections are believed to be preventable, with frequent hand hygiene being the single most important preventative measure that healthcare providers can take to avoid them. But, you might ask, how can you know if that nurse or doctor examining you has recently washed their hands?

“A district health authority shall compile and report hand-hygiene adherence rates
in accordance with a protocol established by the regulations.”

One Nova Scotia Health Department official commenting on the law, stated that current hand washing rates among healthcare providers are around 40 to 50 percent and that an acceptable benchmark for hand washing rates is between 80 to 90 percent. And, even though the law was passed, as of now, Nova Scotia has not determined a particularly effective way to report and measure hygiene rates, making it a challenge to fix the current hand hygiene problem and comply with The Patient Safety Act.

Can a Bracelet that Monitors Hand Washing Frequency Decrease the Number of Medical Malpractice Claims in Canada?

An Israeli company may have the solution to Nova Scotia’s edict to monitor hand washing with a newly developed bracelet device. Designed to communicate wirelessly with soap dispensers and equipped with a vibrating light system to remind wearers to wash their hands, the bracelet collects hand washing data and stores it for future evaluation. In addition, the bracelet is capable of sensing when its wearer doesn’t use enough soap and even if a doctor doesn’t scrub his or her hands sufficiently. With data sent to a server system chronicling hand hygiene for each wearer, the bracelet may be just the technology Nova Scotia and other provinces need to decrease the number of medical malpractice occurrences caused by hospital acquired infections.

While Canadians must wait and see if The Patient Safety Act will decrease the number of hospital acquired infections and the medical malpractice claims that arise from the contraction of these dangerous infections, we should all be diligent to hold healthcare providers accountable. If you have been injured as the result of the contraction of a hospital acquired infection or suffer from any personal injury as the result of the negligence of a healthcare provider, contact an experienced medical malpractice lawyer to find out your rights and seek compensation for your injury.