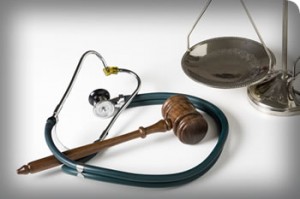 All physicians in Canada who are in private practice or who work for hospitals must have medical liability insurance. Liability insurance, available through the Canadian Medical Protective Association (CMPA), has its premiums (also referred to as membership fees) determined by the type of medicine a Canadian physician performs and the region in which he or she works. There are three fee regions for CMPA coverage, Ontario, Quebec, and the rest of Canada. Not based upon a doctor’s medical record or history of complaints and payouts, insurance premiums are standardised through these three regions.

Fees that are paid to CMPA provide physicians with insurance coverage as well as the right to obtain legal representation when medical malpractice lawsuits arise. But don’t be deceived into thinking that doctors pay astronomical premiums for this coverage as provincial governments reimburse doctors for some of the CMPA membership fees they pay, with the amount provided by each government not made public. The Canadian government claims that it offers these reimbursements to their physicians in order to discourage doctors from moving their practice to another province or to the United States. Many believe that the fact that the CMPA does not base fees upon a doctor’s record means that doctors aren’t appropriately penalized when they commit an act of medical malpractice, thus putting the general populace at risk of further injury. Most disciplinary action inflicted upon Canadian doctors is accomplished on the provincial level by the licensing body there, with disciplinary actions ranging from losses and suspensions of medical practice privileges to fines.

Characteristics of Medical Malpractice Punitive Damages that are Awarded in Canada

Characterized as moderate, punitive damages in Canada are considered by the government to been generally sufficient for their purpose.

Punitive damages are effective in regulating the behaviour of Canadian physicians; but, don’t let the many stipulations or the behaviour of the CMPA dissuade you from filing a medical malpractice suit should you suffer injury at the hands of your doctor or other healthcare provider. If you can collect any monetary award of damage, you will greatly enhance your ability to take care of your medical issues that have been created from the medical malpractice. Contact a personal injury lawyer experienced in handling medical malpractice lawsuits in your area for a consultation concerning your claims.