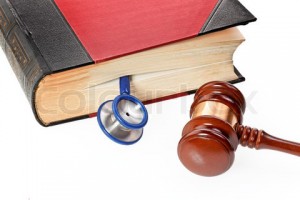 Having her nursing licence revoked due to “gross negligence” in California, Canadian nurse Rose McKenzie has been working as a nurse in a Toronto hospital, according to CBS News. McKenzie’s nursing licence was revoked in 2008 as the result of an accusation made by UCSF Medical Center in the case of Spencer Sullivan, who suffered brain damage in 2001 as the result of overmedication and the failure of staff to monitor him after a routine neck surgery procedure. McKenzie as a temporary nurse was on-duty when the incident occurred that has resulted in him having brain damage, leaving him a quadriplegic.

Less than one year later, McKenzie returned to Canada and has been working there ever since. Only in recent months has the Ontario regulatory commission been investigating McKenzie’s record. Having failed to notify the Ontario commission of her involvement in a US malpractice civil suit, McKenzie is now suspect and in jeopardy of losing her Canadian nursing licence.

Any time patients are injured as the result of neglect or a mistake made by a doctor, nurse, pharmacist, dentist, medical technicians or other specialty practitioner, that patient may be entitled to compensation. The barometer for determining if a situation merits compensation for damages is if the standard of care rendered to the injured patient is below that which medical professionals in the same field would be expected to use.

Doctors and healthcare professions must stay current in treatment methods so as to meet the minimum standard of health care as required for their particular specialty. Failure to do so can result in loss of licence as well as legal action. Any digression from the norm in healthcare is considered sub-standard medical care and may qualify as medical malpractice should a patient be injured.

If you think you may have been injured as the result of a mistake or negligence of a healthcare provider, you should consult with an experienced medical malpractice lawyer.