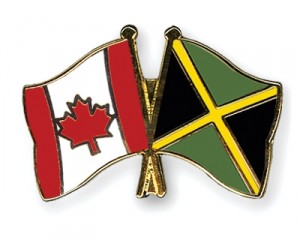 A recent partnership with a prominent Canadian health risk management company has been formed to assist a Jamaican company, Future Services International (FSI), resolve medical malpractice cases in Jamaica. Plagued by a culture of silence among Jamaican doctors, medical malpractice victims there are believed to be under litigated and unjustly denied. As a result, of this silence the Jamaican government determined that outside intervention was necessary to help medical malpractice victims obtain accurate independent medical reports and opinion as well as damage awards.

According to the managing director of FSI, Yaneek Page, the Canadian health risk management company they have partnered with is considered a leading authority in health information and medical record analysis; and, has been considered so for more than ten years. Page explained that FSI chose this particular health risk management company because it has a wide range of capabilities in locating experts as well as forming teams of experts, conducting health-care litigation research, and training others in health-care risk management.

The need for justice demanded by Jamaicans suffering from some serious medical negligence breaches was the instigation behind the hunt for a partner country to evaluate medical malpractice. According to FSI, the only way Jamaican lawmakers could balance justice was to locate another country to partner with where doctors were not connected so as to get to the truth of medical malpractice claims and break the longstanding code of silence among Jamaican doctors.

Medical Malpractice Litigation in Canada Is an Uphill Battle

Most countries have a difficult time prosecuting medical malpractice cases for the same reason as Jamaica – namely, doctors don’t want to testify against doctors. Canada is no exception. In fact, doctors in Canada are backed by the Canadian Medical Protective Association (CMPA), the leading Canadian liability insurance provider for both private practice doctors and hospital professionals.