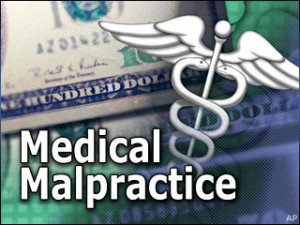 On August 1, 2012, a Baltimore couple was awarded $21 million in a medical malpractice lawsuit against a hospital where their son was prematurely born prematurely and delivered with a cerebral palsy birth injury. In 2002, Jaylan Norfleet was born after a lengthy natural birth procedure. Unfortunately, Jaylan was deprived of oxygen while still in his mother’s womb and doctors failed to perform a Caesarean section. Delivered with cerebral palsy, Jaylan and his parents were in desperate need of financial assistance for Jaylan’s future, long-term care.

Many Cerebral Palsy Birth Injuries are the Result of Medical Malpractice

Often avoidable, cerebral palsy is a devastating birth injury with far-reaching consequences for both parents and the child affected. Most often due to medical negligence, cerebral palsy can occur under a variety of labour and delivery situations that include:

Children afflicted with cerebral palsy may suffer brain damage, involuntary muscle movements, speech difficulties and delays seizures, learning disabilities, stiffness, loss of hearing and/or vision and other similar conditions. In addition, in severe cases, cerebral palsy victims may require constant medical care and be confined to a wheelchair for life. While no one wants to blame their physician for a birth injury and no amount of money can repair your child’s condition, sometimes it is necessary and beneficial to seek financial assistance by filing a medical malpractice lawsuit against the doctor, medical staff or hospital responsible for your child’s condition.

Families who must deal with the life-changing event of a birth injury such as cerebral palsy have unique needs. Faced with a lifetime of large medical bills, parents must find ways to deal with the situation as well as the sometimes misplaced guilt over the fate of their child. If your child has sustained a birth injury, you do have some legal options for pursuing a medical malpractice lawsuit against the negligent party who is responsible for the situation. Don’t hesitate to hold either a doctor or hospital staff accountable for the negligence that caused your child’s birth injury. Contact an experienced medical malpractice lawyer to find out what options are available to you in the form of monetary compensation for your damages.