On February 24, 2012, the Judge in a Girones Lawyers-filed lawsuit in the Ontario Superior Court of Justice opined that a birth injury victim’s family is allowed their claim against Victoria Hospital. 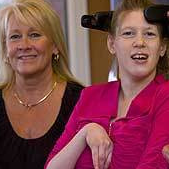 The lawsuit was filed on behalf of a birth injury victim who suffered “an intrapartum asphyxia exposure” injury on February 4, 1991. As a result of the birth injury, the baby sustained, and continues to deal with neurological injures. According to the Judge in the case, the neurological injuries to the infant were the result of negligence on the part of the nurses in attendance during labour and delivery. Expected to monitor fetal heart rate (FHR) and the progress of the mother’s contractions, nurses are supposed to know when to alert attending physicians when a problem is detected that requires the doctor’s attention. In the case of Alecia, the nurses failed to give this proper standard of care.

Medical Malpractice Issues of the Lawsuit

In the case of this particular birth, two nurses monitored the birth of baby Alecia. The issue that the judge in this case had to examine was whether or not the two nurses checked the baby’s heart rate often enough and if the method they used (auscultation, which is manually listening to sounds of fetal heart rate using a fetone or stethoscope) was sufficient to detect when baby Alecia was in distress.

The mother, considered to be a low-risk patient for having delivery complications, was admitted to Victoria Hospital around 4 PM on the day of Alecia’s birth. The delivery was expected to be uneventful and accomplished within the next 4-5 hours. Complaining of severe painful contractions and requesting an epidural several times, Alecia’s mother was told by nurses that her contractions were not strong enough to warrant the administration of an epidural. At approximately 9 PM, the attending nurses had difficulty hearing the fetus’ heart beat and notified the attending doctor. Alecia was delivered shortly after this alert, at 10 PM, and was “delivered with severe brain injuries which have left her as a spastic quadriplegic with a component of flailing upper limbs.”

The lawsuit against the hospital, or actually the nurses who worked at the hospital, involved the care given to Alecia’s mother preceding delivery. Alecia’s mother entered the hospital in active labour, which triggered a protocol at Victoria Hospital for nurses to conduct a FHR assessment every 30 minutes. According to the complaint as well as the nurses involved in the delivery, Alecia’s mother was not properly checked every 30 minutes from 6PM until 7:30PM, meaning that the nurses missed two opportunities to determine that Alecia was in distress. Had they checked the FHR, they could have alerted the doctor and a caesarian section could have been performed. And, while Alecia may have still been delivered with some form of birth injury, the likelihood of her condition being less debilitating was also high.

During the trial of this case, numerous expert witnesses appeared on both sides of this issue. Ultimately, the Judge in this case sided with the Plaintiff and determined that the “heightened degree of oxygen deprivation during the delivery progression of Alecia is what caused her neurological injuries” and that “the neurological injuries Alecia sustained would not have happened or would have been substantially reduced, but for the negligence o the nurses. . .”

Alecia’s family is just one of the many birth injury victims that Girones Lawyers has successfully represented in medical malpractice lawsuits. With compassion for families that deal with birth injuries, Girones Lawyers zealously represents their clients. If you believe you have been injured as the result of a medical professional’s negligence and wish to consult with us about a possible medical malpractice lawsuit, we invite you to contact us for a free consultation.