When you are pregnant, you count on your doctor to advise you regarding which medications are safe for you to take and which ones may negatively affect your baby.  Even substances that you would normally consider innocuous, such as herbal teas and natural dietary supplements, may be dangerous to take during your pregnancy.  It is important to consult with your doctor before taking any medications, even those that are available over-the-counter and those that are advertised as “natural” products. 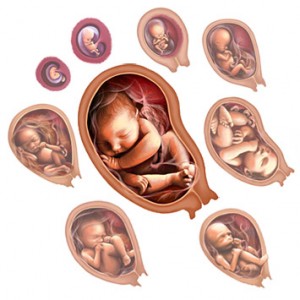 Why are medications so dangerous to your developing fetus?  Medications may pose different risks to the fetus at different stages of development.

During the first trimester, your baby’s organs are developing.  Medications that you take during the first trimester may interrupt the development of one or more organs, causing malformation of the fetus.  Medications that have this effect are known as teratogens.  If a malformation or birth defect is severe enough, the fetus may die, resulting in miscarriage or stillbirth.

During the second trimester, many medications are considered relatively safe for pregnant women.  Some medications may interfere with the development of the fetus’ nervous system or cause delays in the fetus’ growth.

Taking medications during the third trimester can cause complications for the baby after birth as the drugs may remain in the baby’s system.  A newborn baby with its smaller organs may have trouble processing the drug.  Some drugs taken by the mother during pregnancy will cause the newborn to be drowsy or to have problems breathing.

Other medications can cause problems for your pregnancy in general.  They may decrease the blood flow to the fetus or stimulate contractions, either of which can result in miscarriage or preterm labour.

If you are concerned that a medication that you took during your pregnancy caused a miscarriage, birth defect or other problem with your pregnancy, consult an experienced medical malpractice lawyer as soon as possible.  Your lawyer can provide you with the advice you need to preserve your legal rights and those of your child.