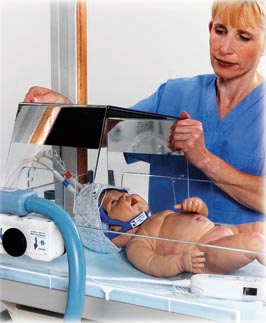 When brain injury occurs during delivery, most babies have several hours before that brain damage becomes permanent. During these several hours, doctors have an opportunity to try to find solutions that may assist the infant’s brain in healing so as not to relegate these infants to a future of spending their lives with a disability. One of the techniques that doctors have found to be somewhat effective, if used appropriately, is brain cooling.

Research shows that exposing a baby’s brain to mild hypothermia within 72 hours after a traumatic birthing experience can help reduce the temperature of the infant’s brain by three to four degrees Celsius and increase that child’s chances of avoiding permanent brain injury. By reducing the baby’s brain temperature, this brain cooling technique stops or slows down the dangerous chemical reactions that might cause additional brain injury if left unattended. The procedure is accomplished with a water-cooled filled blanket or cap and has proved to be particularly effective for birth injuries that are the result of oxygen restriction during birth.

Known as birth asphyxiation, or technically as hypoxia ischemic encephalopathy (HIE), a restriction of oxygen to a baby’s brain during birth can cause brain damage that ranges from mild to severe. For instance, when HIE is mild and a baby is resuscitated promptly, little brain injury may occur. Unfortunately, in cases of significant HIE, babies can incur a great deal of damage during the several hours that the brain tries to repair itself, which is where the cooling brain method comes in.

Known to be the only medical treatment to substantially treat babies with HIE to avoid permanent and serious brain injuries (including cerebral palsy), brain cooling has been found to be particularly successful when the following conditions are met.

Doctors must be cautious when using this brain cooling method as misuse of the technique can result in additional brain damage. Once an HIE baby’s brain temperature has remained lowered to 33 degrees Celsius for 72 hours, doctors must be careful to slowly increase the temperature back to its normal temperature over a 6 hour period to guard against further brain injury.

To Determine If You Have a Birth Injury Lawsuit, Contact an Experienced Medical Malpractice Lawyer

Birth injuries can be devastating to parents and children alike and result in lifelong family and financial adjustments to deal with the situation. If your child suffers from a birth injury that has left him or her with brain damage, you may be entitled to compensation for your loss. And, while a financial settlement or court award won’t reverse your child’s birth injury, it can help mitigate current and future financial obligations for the caring of that child. To determine if your child’s birth injury could have been prevented and determine whether or not you have a right to sue the responsible party, contact an experienced medical malpractice lawyer for a comprehensive evaluation of your case.