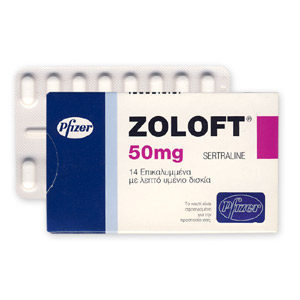 Several couples have filed birth injury lawsuits against Pfizer, the manufacturer of the antidepressant Zoloft. Their claim is that the use of the drug by mothers during pregnancy is responsible for the severe birth injuries suffered by their children. The argument that these couples are relying on is that Pfizer failed to properly warn the mothers of the drug’s risks to unborn children and that the drug company did not test the product adequately before dispensing it.

The lawsuit of the couples claims that:

“Pfizer knew from preclinical studies and subsequent published studies that dangerous birth defects were associated with Zoloft use during pregnancy . . . Pfizer’s failure to disclose this information was wilful, wanton, and with intentional disregard to the health and safety of consumers . . . and caused serious and permanent injuries to minor plaintiffs.”

The couples involved in this lawsuit claim that Pfizer deliberately misled them and their doctors by claiming that Zoloft was the “safest anti-depressant on the market for pregnant mothers.” In 2004, the drug company was investigated because of the links determined to exist in the use of Zoloft and suicidal thoughts and actions in teenagers and children. As a result of the investigation, the FDA now requires all anti-depressant drug manufacturers to prominently display on prescriptions a warning that states that use of the drug may increase the risk of suicide in young people.

The parents participating in the lawsuit against Pfizer all have children born with life-threatening injuries that required some form of open-heart surgery to treat conditions that are believed to have resulted from the use of Zoloft by mothers. Some of the conditions that resulted included:

Pfizer is defending the lawsuits by arguing that the risk of birth injuries is so small that there is no need to warn Zoloft patients of the risk. Even though the drug manufacturer claims that birth injuries are a remote possibility, the couples involved in the lawsuits allege that Pfizer knew that the use of the drug by pregnant mothers increased the risk of birth defects. In fact, in one 1995 case, the Supreme Court of Canada determined that in medical negligence cases where product liability is an issue, a subjective standard for informed consent is appropriate, meaning that patients should be warned of any risks they might want to know about when using a particular medical product.

Arguing that even if the risk is small that a pregnant mother taking Zoloft for depression is at risk of delivering a child with a birth injury should be warned of that possibility, the medical malpractice lawyers of the plaintiffs have created an interesting scenario. Consequently, the outcome of these medical malpractice cases could create new Canadian law in the responsibility of drug manufacturers to warn patients of all potential risks, regardless of how remote or rare.

If you have delivered a child with a birth injury that you believe is the result of negligence on the part of your doctor, hospital, or medical device or drug manufacturer, contact an experienced medical malpractice lawyer to learn your rights and determine if you have the grounds for a medical malpractice lawsuit. While a monetary award will not reverse the damage you and your child have sustained, compensation for your damages will go a long way in deferring future cost and expense for the care of your child.